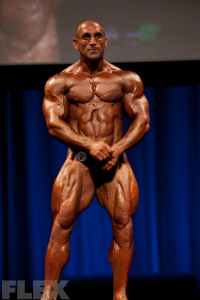 It can be said that Ivan Sadek is the best bodybuilder to come out of  Australia in the last 10 years. After all, as an amateur he never placed lower than second and has gone on to impress the very pros he is now competing against.

Sadek was introduced to bodybuilding in 1999 while rehabilitating a back injury sustained from playing rugby. A year later he made his debuted and competed eight times between then and his professional qualification in 2004. Since qualifying as a pro, Sadek has competed twice (2009/2010) at the Australian Pro Grand Prix with his best placing being fifth in a world class line-up (won by Kai Greene, Silvio Samuel in second place and Toney Freeman in third place).

Bodybuilding to Sadek is a science; it’s all biochemistry and biomechanics. And more importantly, taking one step at a time.